Editing motion picture film used to mean watching frame after frame after frame, cutting out the frames that you didn’t want in the finished version, gluing the cut ends together, and repeating until the sequence matched the masterpiece in your mind. The rise of digital video at the end of the 20th century made physical film editing almost entirely obsolete.
This editing machine uses manual cranks to spool the film back and forth; the only electric part is the light bulb that illuminates the frame the editor is looking at. 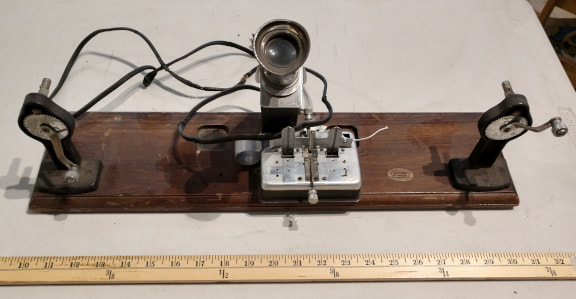 Return to What in the World? main page