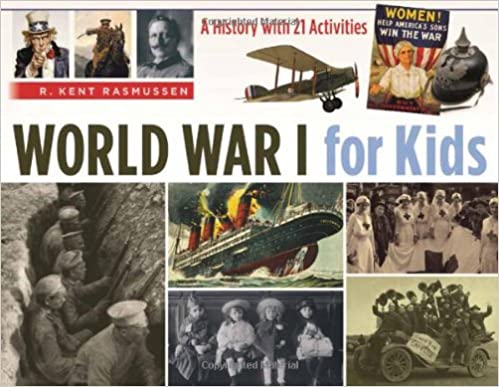 One hundred years after the start of the “Great War,” World War I for Kids provides an intriguing and comprehensive look at this defining conflict that involved all of the world’s superpowers. Why and how did the war come about? What was daily life like for soldiers in the trenches? What roles did zeppelins, barbed wire, and the passenger ship Lusitania play in the war? Who were Kaiser Wilhelm, the Red Baron, and Edith Cavell? Young history buffs will learn the answers these questions and many others, including why the western front bogged down into a long stalemate; how the war ushered in an era of rapid military, technological, and societal advances; and how the United States’ entry helped end the war. Far from a dry catalog of names, dates, and battles, this richly illustrated book goes in depth into such fascinating topics as turn-of-the-20th-century weaponry and the important roles animals played in the war, and explains connections among events and how the war changed the course of history. Hands-on activities illuminate both the war and the times.