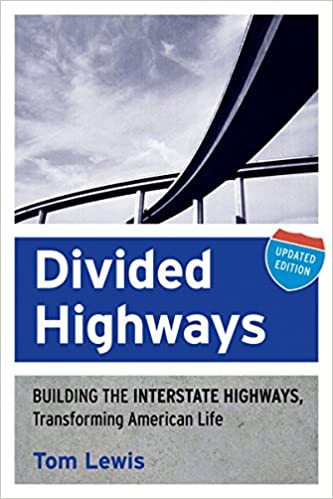 In Divided Highways, Tom Lewis offers an encompassing account of highway development in the United States. In the early twentieth century Congress created the Bureau of Public Roads to improve roads and the lives of rural Americans. The Bureau was the forerunner of the Interstate Highway System of 1956, which promoted a technocratic approach to modern road building sometimes at the expense of individual lives, regional characteristics, and the landscape. With thoughtful analysis and engaging prose Lewis charts the development of the Interstate system, including the demographic and economic pressures that influenced its planning and construction and the disputes that pitted individuals and local communities against engineers and federal administrators. This is a story of America’s hopes for its future life and the realities of its present condition.